Yerba Buena Lodge 719 was formed on January 1, 2021 by the merger of three Order of the Arrow lodges (Achewon Nimat Lodge 282, Kaweah Lodge 379, and Ut-in Selica Lodge 58). Almost six months earlier, the Alameda Council, Mt. Diablo Silverado Council, and the San Francisco Bay Area Council would merge their membership to create the Golden Gate Area Council.   The lodge number selected by the youth is a combination of the three lodges that merged (58 + 282 + 379).  In that way, a piece of each lodge number will always be a part of the new combined lodge. 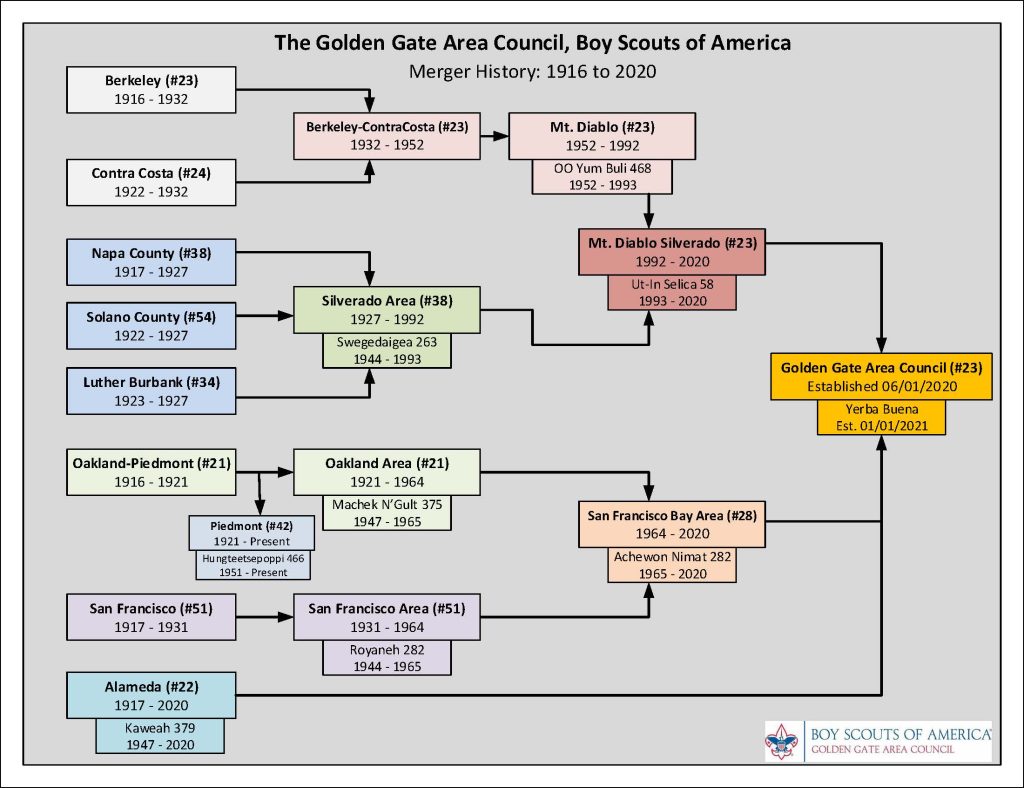