Aaron Carr-Elkaim, Village Chief of Kaweah shared some information about the Lodge Leadership Development, LLD. He said that LLD is a training session for Lodge Leadership where you learn how to carry out your goals and visions. Attending this training helped him become a better leader by teaching him how to be realistic with his […] 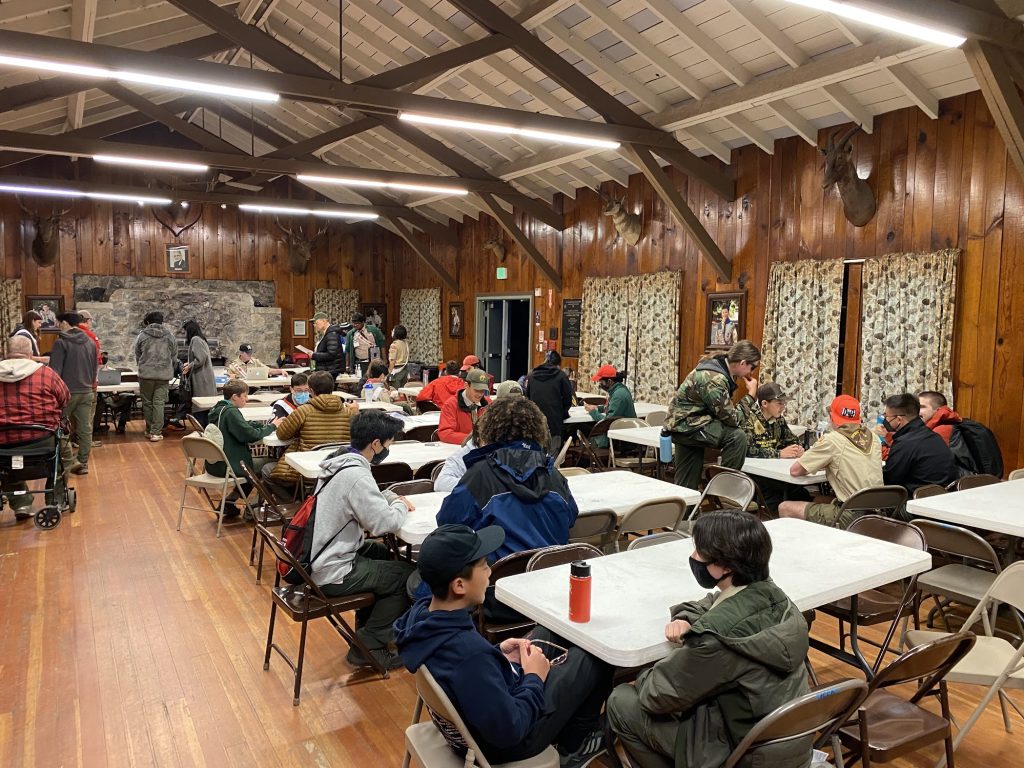 Our lodge held an induction on the weekend of March 19-20th at Camp Herms. At this event, 45 scouts were inducted and welcomed as new brothers in our lodge. In addition to this, we had 18 arrowmen seal their membership by gaining the honor of Brotherhood. Many congratulations to all! Previous Next

On December 4th, 2021, Yerba Buena Lodge held our first annual lodge banquet at the Alameda Elk’s Lodge. 117 people attended the banquet, joining us for fellowship, food, and recognition. The Banquet started at 6:00 PM, with Chase VanDerveer and Aaron Carr-Elkaim acting as Master of Ceremonies for the event. We started with a speech […] 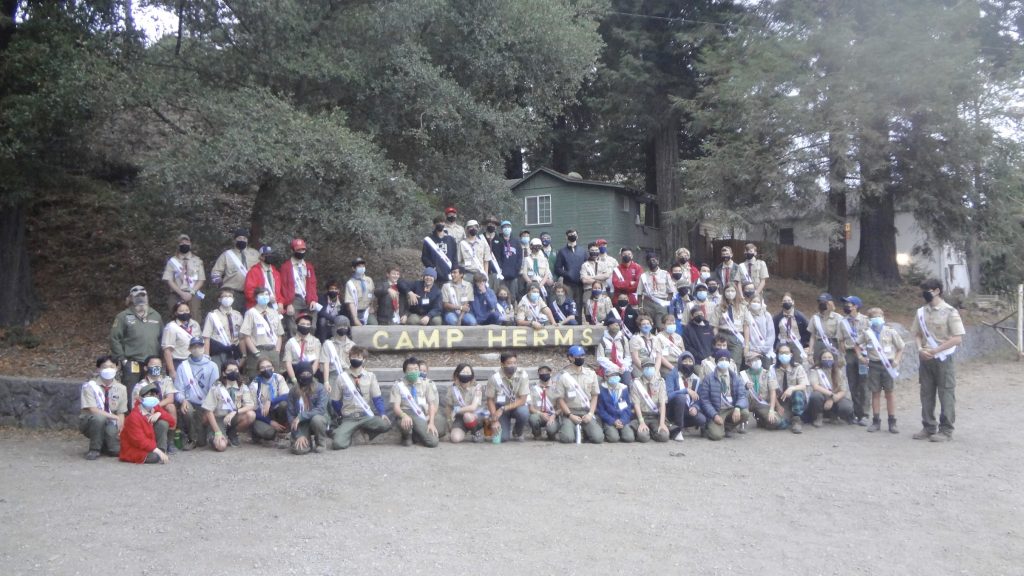 During the weekend of September 24-26th, our lodge hosted an induction weekend at Camp Herms. At this event, 78 scouts were inducted as new members in our lodge. We welcome them into Yerba Buena Lodge. Furthermore, we had 22 Arrowmen seal their membership by completing their Brotherhood. Many congratulations to all! Previous Next

On September 10-12, 2021, the Area W-3 Conclave, jointly hosted by Sections W-3N and W-3S was held on Coast Guard Island in Alameda, CA. Order of the Arrow members had fun with various activities ranging from lodge competitions, live and silent auctions, a Brotherhood ceremony, a Vigil rededication, and more. Additionally, OA members had the […] 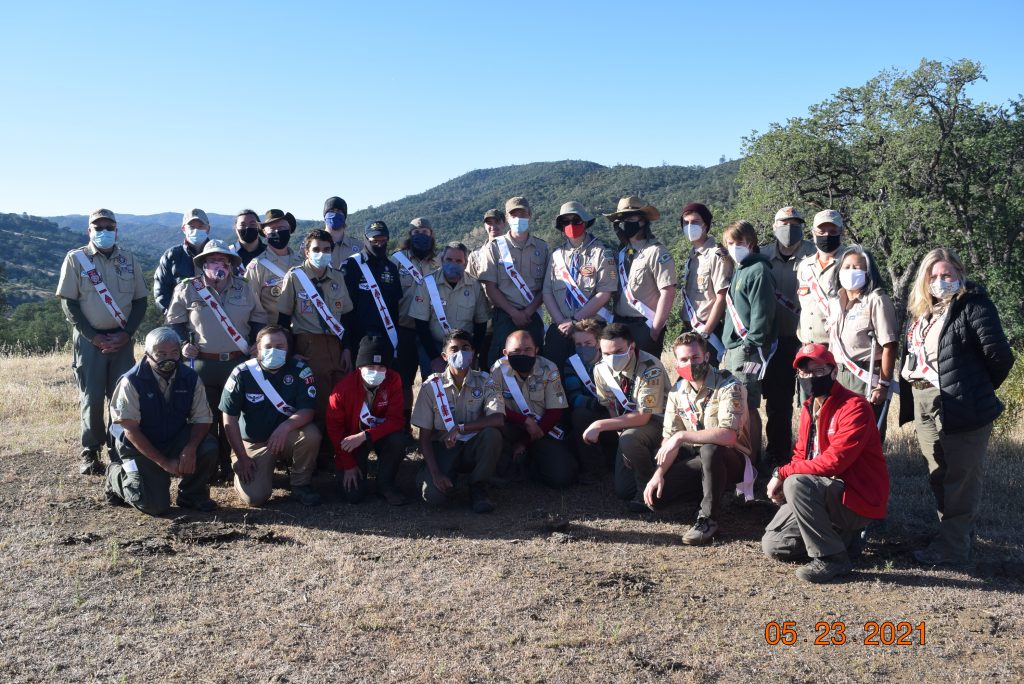 On May 22-23, 13 Brotherhood members kept their Vigil and obtained the Vigil honor. The Vigil Honor is highest honor the lodge can bestow on a member, awarded for distinguished contributions to the lodge, Order of the Arrow, or the broader Scouting community. Yerba Buena Lodge congratulates these members on receiving this honor. 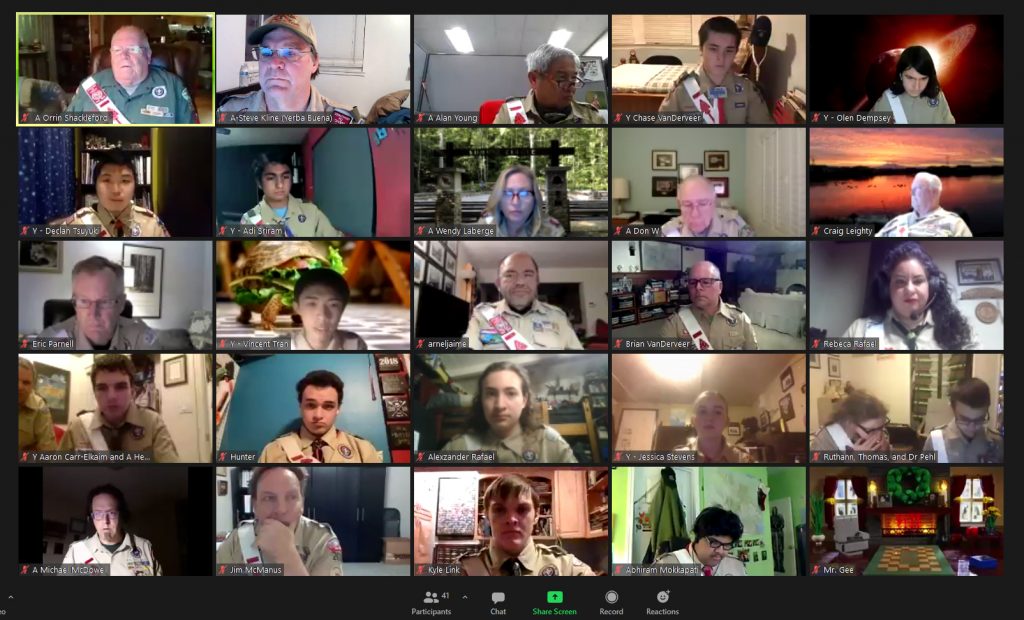 At the Lodge Convention on Saturday, January 23, over 90 members from the legacy lodges connected via Zoom to participate in the first ever Lodge Convention and Election of Yerba Buena Lodge. The meeting started promptly at 6:05 PM with Chase VanDerveer acting as the “master of ceremonies” who led the lodge in the OA […]